The seminar was arranged as a hybrid event where participants could either join on-site in Oulu and Raahe or participate in the presentations remotely via Teams. Both days’ presentations were divided into a technical section and a business section. In the technical section, researchers from the University of Oulu and Research Institutes of Sweden (RISE) gave an update on new and interesting research on the production, storage, and use of hydrogen. In the business sections, the audience was given updates on the latest development within the hydrogen sector both internationally and regionally.

On day one in Oulu the seminar started with an opening session by Mr. Rick Abrahamsson from Vattenfall. Rick who participated via Teams emphasized that cooperation between the two countries is key for successful development. This is valid for all sectors, e.g. science, business, and authorities. Mr Abrahamsson also pointed out that lengthy permitting processes are often slowing down the development, both within green electricity and hydrogen.

In figure 1 we see Marko Huttula presenting a new method for producing hydrogen directly from solar power that he and his team is researching. The process is based on a photocatalytic method.  If successful, the method will require much fewer resources than the electrolyzer process which is using a lot of green electricity.

Another interesting presentation during the morning session at Oulu University was Timo Fabritius who explained how the steel-making process with Hydrogen as a reducing agent will work compared to the traditional blast furnace process fuelled by coal and cocks.

During his presentation, Juho Könnö described the challenges with the current EU rules and regulations that impact the development of the transport sector. The current rules do not consider the whole value chain of the emissions but mainly focus on the direct emissions that “come out of the tailpipe of the vehicle”. According to Mr. Könnö, we need to evaluate the whole so-called Trinity (Fuel – Powertrain – legislation) when we determine which solution is most favorable in every single case.

Jukka Kömi gave another interesting presentation where he described the differences between different steel qualities and the challenges that the hydrogen is causing when producing so-called Ultra high strength steel.  The morning session ended with Marika Iivaris’s presentation about Business design as a future-oriented approach to business development. One of her main messages was that good technology is not enough, you also need a good business model if you want your invention/product to become successful.

The afternoon session started with Sami Lakio from Q Power who gave an overview of the technology and systems for hydrogen and E-fuel production that his company is developing and producing. Q Powers concept is based on modularity, scalability, and high efficiency. The company’s portfolio includes turnkey equipment for electrolyzers, CCU (Carbon capture and utilization), and methanization.

The first day ended with Juha Ahvenlampi from Air Liquide and Björn Santana Arvidsson from Lhyfe who described their companies’ businesses and gave examples of Hydrogen production and pipeline projects that their respective companies have been involved in. In some presentations, the hydrogen breakthrough was postponed from the year 2030 to the year 2040. In some presentations (e.g. Lhyfe) the listener gained the impression that the hydrogen economy is already here and now.

Day two of the event was held in Raahe where Pasi Pitkänen from the City of Raahe started the day by welcoming all participants and by giving an update on the hydrogen plans in the region. Jarmo Lilja from SSAB (figure 3.) then continued by giving the participants an insight into the Hybrit project in Northern Sweden and how they plan to renew a big part of the SSAB Raahe plant according to the same concept. SSAB has recently updated its time schedule for the switch to green steel production and instead of being fully converted by 2045 (which was the initial plan) they now aim at producing mainly fossil-free steel already by 2030.

Johan Sandstedt from the research consortium RISE presented a fresh research study that they have done on the use of Biomass as means to replace fossil fuels. Johan’s message was that we need to take care of the biocarbon that is now emitted into the air and instead use it to produce e-fuels that can replace fossil fuels. Especially forest-rich countries like Sweden and Finland should be better at utilizing this potential to optimize the use of the biocarbon.

After the coffee break, Wolf Thyssen from Sunfire in Germany continued via Teams with his presentation of Sunfires technology where hydrogen and syngas can be produced in one integrated process. Sunfire is working with PX2 Solutions on their new site in Harjavalta. This short presentation was very interesting and Sunfire could be a good partner for future hydrogen RDI-projects.

Karoliina Markuksela from Ramboll continued the session by describing the process and criteria for how Ramboll made the location survey for the future placement of a hydrogen production site near Raahe. The final presentation was made by Federica Polo from Merinova who gave an overview of the various public finance instruments that are available via the EU. Federica urged interested companies to act as soon as possible, the next deadline for application for the Horizon Europe program is the 21st of September.

After lunch, all participants entered the bus that took us out to the Raahe port and to the SSAB site. Port of Raahe is currently handling a significant part of all the equipment that is imported for the construction of all the wind power plants that are being established in Northern Finland (figure 4).

From the port, the bus drove further to the SSAB site nearby where the participants were given a quick but good overview of the different steps in the steelmaking process. The site is totally app 500 hectare, and a significant part of the current buildings and infrastructure will be totally rebuilt when the site switch towards fossil-free steel production.

The two-day event in Oulu and Raahe was a good opportunity for the participants to learn about the latest development in hydrogen-related research, and about local and international companies’ plans for investments in green energy within the region. The arrangements were successful both in terms of logistics and content and we look forward to BotH2nias ((https://www.both2nia.com/en) next events. 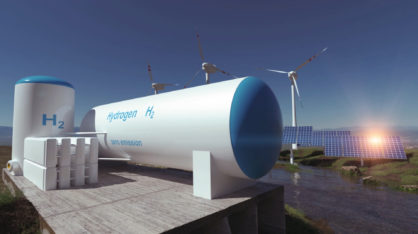 Future of green hydrogen in our region 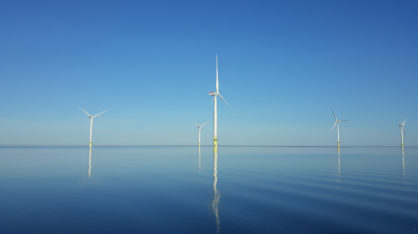 From global warming to smart grids