The international energy association (IEA,2020) defines energy access as “a household having reliable and affordable access to both clean cooking facilities and to electricity, which is enough to supply a basic bundle of energy services initially, and then an increasing level of electricity over time to reach the regional average“. Energy access is critical for achieving sustainable development goals. The availability of modern energy services is an essential element in unlocking greater productivity and opportunity for people around the world. However, given the complexity of factors that influence energy access and usage, it is not a straightforward endeavor. There are many different aspects to consider when analyzing energy access, such as how often households have electricity or natural gas, how much time on average people spend lighting their homes, and how accessible the primary sources of heat are. One way to understand energy access is to explore the key drivers. Based on the literature review (e.g., Khennas, 2012; Rehman, 2012; Aglina et al., 2016; IEA,2020), the following key drivers of energy access can help us understand what factors are more influential than others in helping bring modern energy services to those who need them most.

Poverty and income are the main drivers for energy demand. The higher the income of a given household, the more likely it is to have access to and be able to afford modern energy services. The same goes for poverty: The poorer a household is, the more likely it is that they depend on old-fashioned, polluting sources of energy. There is a clear relationship between per capita income and the use of cleaner sources of energy. The less a country’s per capita income, the more likely it is that the primary means of cooking and heating is through fossil fuels. Countries with higher per capita income levels, on the other hand, have a higher share of gas and electricity for cooking and heating. To fully understand the relationship between wealth and energy access, we also need to look at energy-related investments: how much households can afford to spend on energy services, as well as how much they actually do spend.

Energy access is closely related to education. This is evident when we look at the relationship between educational attainment and primary energy sources. In general, the more educated a person is, the less likely they are to rely on traditional cooking and heating methods, such as wood and charcoal, which are extremely polluting. In developing countries, more than 87% of households that use traditional biomass for cooking have no member with any education. In contrast, fewer than 3% of households that use electricity for cooking have no member with any education. This is also true for heating: households that use centralized and modern heating are likely to have more educated members. Although education is a key driver that influences energy access, we cannot ignore the social aspect of this relationship. In many cultures, the responsibility for cooking and cleaning falls to women, who may often be less educated than men.

The state of the energy infrastructure is an important driver of energy access. The quality of the energy infrastructure can affect the cost of supplying energy and its reliability, which can directly impact how easily households and businesses can access modern energy services. For example, the longer it takes to get power to a customer after they have requested it, the less reliable the service is and the less likely customers will remain a customer for long. This is why getting the infrastructure right can be crucial for the energy sector to thrive. It is a major factor when considering energy access and reliability in different areas. There is a clear relationship between energy infrastructure and modern energy usage: the higher the share of clean energy sources, such as electricity, natural gas, and liquefied petroleum gas (LPG), the higher the share of the population supplied with modern infrastructure.

Age and Gender of the User

Geography and environment play a significant role in influencing energy access and usage. The primary sources of energy can be very different depending on the region of the country. Geography is also relevant in terms of infrastructure. Access to energy can be very different in urban areas and rural areas, where the energy supply and infrastructure are often less reliable. A good example of how geography has a substantial impact on energy access is the difference between rural and urban households in terms of the primary source of energy. Rural households are more likely to use traditional cooking fuels, such as wood and charcoal, while urban households are more likely to use modern cooking fuels, such as electricity and gas. The environment can also have an important bearing on energy access, as extreme weather events and natural disasters can affect the energy supply of a given area and how easily households are able to access energy.

Culture and beliefs are an important factor in understanding energy access, as well as other social phenomena, such as education and social empowerment. The level of availability of modern energy services depends on the willingness to adopt these services from the start. For example, some cultures discourage the use of electricity for cooking. Their belief is that the food is not being cooked in the same way, with the same taste and smell, as when cooked with traditional methods. The availability of modern, cleaner energy services is more likely in households with members who are more open to adopting these new technologies. A good example to illustrate how culture and beliefs can affect energy access is the difference between urban and rural households when it comes to the primary source of energy.

The state of the energy market – the number and types of companies supplying energy services and how these companies interact with customers – is a crucial driver of energy access. A competitive energy market enables households to choose a provider and plan that meet their needs. It is important to note that a competitive market does not necessarily mean a free market. There are many alternative forms of regulation that can be applied in the energy sector, from a completely free market to a fully state-owned monopoly. Some forms of regulation also include market elements that are likely to be important for delivering energy services to customers. A competitive market not only offers customers more choice and better services, it also stimulates companies to innovate and find new ways to bring energy services to households and businesses.

The availability of modern energy services is an essential element in unlocking greater productivity and opportunity for people around the world. However, given the complexity of factors that influence energy access and usage, it is not a simple issue. There are many different aspects to consider when analyzing energy access, such as availability of electricity and natural gas, consumption of energy and time used for lighting, access to primary sources of heat and the amount of income spent on energy. The new geopolitical situation is creating the need to reexamine the definition of energy access in both developing and developed countries. The basic definition of energy access excludes the definition of access to heat which is very critical in developed countries such as Finland.  The current dominant development model is concentrated on achieving macro-economic growth with much attention on large, centralized energy infrastructure to provide energy for growth (i.e., large scale coal, large hydro, transmission grid, and pipelines).  There is now a growing demand to revise the development model to focus on the supply of energy for local communities. Strategies for energy access requires local energy delivery (for example, micro grid, fuel distribution, renewable energies) combined with large-scale infrastructure development). A right combination of centralized and decentralized approaches, and a new approach in evaluating and monitoring energy access is required to improve energy security.

This text is licensed under a Creative Commons Attribution-ShareAlike 4.0 International License. 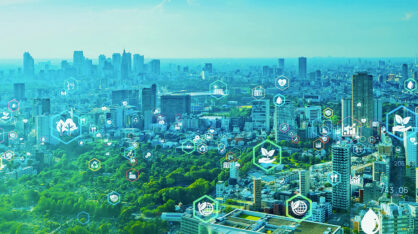 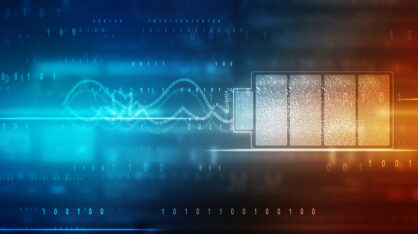